they return with a dark gem, a beautiful & elaborately strange set of jazz-mining arrangements, rich in beguiling imagery.

where strings have previously smoothed some of the rougher edges of lambchop, for ‘mr m’ an arranger was hired & their subsequent creations were chopped & reconfigured by longtime collaborator & producer mark nevers. a step to the left of their previous pair of lps, the result is a beautiful & disorientating swirl,  that draws out the grief surrounding the premature death of wagner’s close friend vic chesnutt, feelings implicit in the captivating lyrics, moody instrumentals & cosmic vocal harmonies. “funereal, with flecks of hope” 4/5 – uncut album of the month. 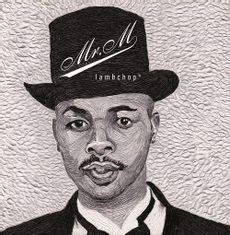