Follow us Follow us
Home  | books  | alan light - the holy or the broken : leonard cohen, jeff buckley, and the unlikely ascent of "hallelujah"

The Holy or the Broken : Leonard Cohen, Jeff Buckley, and the Unlikely Ascent of "Hallelujah"


The Holy or the Broken is a revelatory and masterful exploration of the overwhelming power of music.

Praised as a "thoughtful and illuminating" (The New York Times) work of music journalism, this is the unforgettable, fascinating, and unexpected account of one of the most performed and beloved songs in pop history-Leonard Cohen's heartrending "Hallelujah."When Leonard Cohen first wrote and recorded the song "Hallelujah," it attracted little attention or airplay, dismissed by both fans and critics alike. Today, it is one of the most recorded songs in history, having been covered by a variety of music icons including Celine Dion, Bon Jovi, Willie Nelson, and, most famously, Jeff Buckley. It's been featured on soundtracks as diverse as Shrek to The West Wing. And in the days after major tragedies, it has brought comfort to thousands after being featured in the MTV 9/11 tribute video and the telethon for the 2010 Haitian earthquake. So how did one relatively unknown song become an unofficial international anthem for human triumph and tragedy, one which each successive generation feels they have discovered and claimed as uniquely their own? Through in-depth interviews and expansive research, longtime music journalist Alan Light follows the captivating and improbable journey of "Hallelujah" to the heart of popular culture. Discover how great songs come to be, and how we as listeners have the endless ability to project a succession of meanings onto a cultural artifact, forever reinterpreting art through the lens of current events and the latest trends. 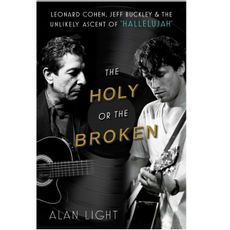