"Dreamworld" is the very real, very crazy story of a genius in music history whose importance is not infrequently compared to that of Mark E Smith of The Fall.

Enriched with plenty of scene and period colour from British pop from the 1960s to the present, "Dreamworld" tells of all the ups and downs of a legend who once ironically (but quite rightly) described himself in an interview as the "Godfather of Indie Pop". The English translation by David Marshall is published with a completely revised colour picture section and numerous illustrations. London 1977: Daniel Treacy drops out of school, bored to death. Thanks to a few pounds sterling, lent to him by his parents, he records a few songs with friends and sends the finished single to the legendary radio DJ John Peel, who is immediately thrilled - the Television Personalities are born .. 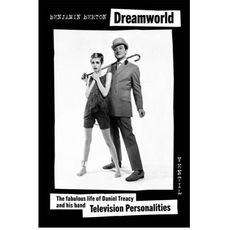