STATE OF BASS: THE ORIGINS OF JUNGLE / DRUM & BASS


The classic story of jungle’s formative years revised and reissued.

Jungle and Drum & Bass was like nothing else the world had experienced before – simultaneously black and white, urban and suburban, old skool attitude and new school innovation. A socio-cultural melting pot of early 90s broken Britain seizing the wheel and taking control of the machine. Originally published in 1997, State of Bass explores the scene’s roots through its social, cultural and musical antecedents and on to its emergence via the debate that surrounded the apparent split between jungle and drum & bass. Drawing on interviews with some of the key figures in the early years, State of Bass explores the sonic shifts and splinters of new variants, styles and subgenres as it charts the journey from the early days to its position as a global phenomenon. State of Bass extends the original text to include the award of the Mercury Prize to Reprazent for the New Forms album and brings new perspectives to the story of the UK’s most important subterranean urban energy. 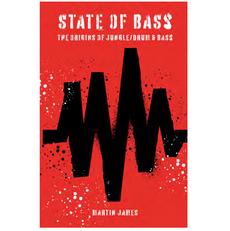