The first book to cover Berlin’s role as an electronic music and cultural capital. 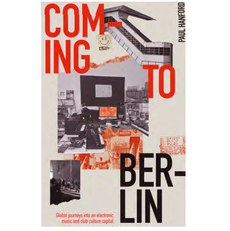