The raw material and interviews behind Anthony Scaduto’s iconic biography of Bob Dylan draw an intimate and multifaceted portrait of the singer-songwriter who defined his era.

When Anthony Scaduto’s Bob Dylan: An Intimate Biography was first published in 1971, the Nobel Prize–winning songwriter, at thirty, had already released some of the most iconic albums of the 1960s, including Highway 61 Revisited and Blonde on Blonde. Scaduto’s book was one of the first to take an investigative journalist’s approach to its subject and set the standard for rock music biography. The Dylan Tapes, compiled from thirty-six hours of interviews, is a behind-the-scenes look at the making of Scaduto’s landmark book—and a close-up encounter with pivotal figures in Dylan’s life. These reel-to-reel tapes, found in a box in Scaduto’s basement, are a never-bootlegged trove of archival material about Dylan, drawn from conversations with those closest to him during the early years of his career. In the era of ten-second takes, these interviews offer uncommon depth and immediacy as we listen to friends and lovers recall the Dylan they knew as he created his professional persona and perfected his craft—from folk music, protest songs, and electric rock through the traumatic impact of a motorcycle crash to his later, more self-reflecting songwriting. Echo Helstrom, Dylan’s “Girl from the North Country,” is here, as are Suze Rotolo, who graced the cover of the Freewheelin’ album, and Joan Baez, remembering her relationship “to Bobby.” We hear from Mike Porco, who gave Dylan his first gig in New York City; Sid and Bob Gleason, who introduced him to his hero Woody Guthrie; folk artists from Greenwich Village, like Phil Ochs and Ramblin’ Jack Eliot; John Hammond Sr., who gave him his first record contract; plus a host of musicians, activists, folk historians, and archivists—and, of course, Dylan himself. From these reflections and frank conversations, many published here for the first time, a complex, finely observed picture emerges of one of the best known yet most enigmatic musicians of our time. 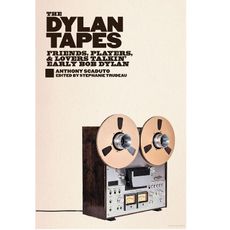