Follow us Follow us
Home  | books  | emily j. lordi - the meaning of soul: black music and resilience since the 1960s

The Meaning of Soul: Black Music and Resilience since the 1960s


In The Meaning of Soul, Emily J Lordi proposes a new understanding of this famously elusive concept.

In the 1960s, Lordi argues, soul came to signify a cultural belief in black resilience, which was enacted through musical practices—inventive cover versions, falsetto vocals, ad-libs, and false endings. Through these soul techniques, artists such as Aretha Franklin, Donny Hathaway, Nina Simone, Marvin Gaye, Isaac Hayes, and Minnie Riperton performed virtuosic survivorship and thus helped to galvanize black communities in an era of peril and promise. Their soul legacies were later reanimated by such stars as Prince, Solange Knowles, and Flying Lotus. Breaking with prior understandings of soul as a vague masculinist political formation tethered to the Black Power movement, Lordi offers a vision of soul that foregrounds the intricacies of musical craft, the complex personal and social meanings of the music, the dynamic movement of soul across time, and the leading role played by black women in this musical-intellectual tradition. 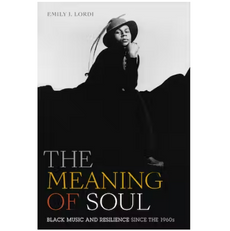