a legacy concert film marking 25 years of the solo career of one of the world’s most iconic & enigmatic performers.

shot during morrissey’s most intimate gig in decades at the hollywood high school in los angeles on 2 march 2013, the film opens with fans talking about their unwavering devotion to the singer & the unique appeal of this unusual venue. tickets to the concert in the 1,800-seater school auditorium had sold out in 12 seconds & this now legendary concert became morrissey’s penultimate performance on the us tour. the first authorised morrissey film for nine years, it features many classic tracks from his prolific repertoire, including solo & smiths classics. 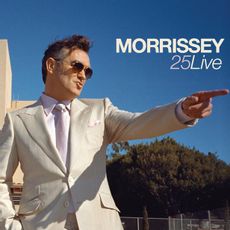