Originally released in 1992, it showcases Morrissey at the peak of his artistic powers. A dynamic, invigorating fusion of glam rock & rockabilly, 'Your Arsenal' rocks harder than any other record Morrissey ever made. There is one change to the tracklist - the original version of ‘Tomorrow’ is replaced with the superior U.S. Mix. The CD comes with bonus DVD (18 tracks) of a previously unreleased live concert from 1991 (Shoreline Amphitheatre, California) recorded with the future ‘Your Arsenal’ band. 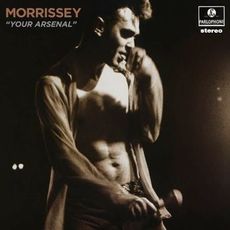