Follow us Follow us
Home  | Seven That Spells  | seven that spells - the death and resurrection of krautrock: omega (2021 reissue)

The death and resurrection of krautrock: omega (2021 reissue)

Not of this planet. Asymmetrical, atonal, cold, and yet in perfect harmony with itself. Created over a span of three years in collaboration with Mr. Blake Fleming, the drummer extraordinaire behind bands like “Laddio Bolocko”, “The Mars Volta”, and many more, Omega is brutal and driving, mystical and out of this world. A suitable end to the “The Death and Resurrection of Krautrock” trilogy. It’s time to abandon this planet and let music speak for itself. The Last Lord Of Atlantis Seven That Spells was formed by Niko Potocnjak in 2003. The band was initially formed as a power trio, and over the years more than 60 musicians contributed to live performances and recordings. In 2009 bassist Jeremy White joined the band and has since become its second core member. The band has gained an underground following and enjoyed some great events in recent years a tour of Japan in 2008, a gig at the Roadburn Festival in 2009, and at the Duna Jam festival 2010 & 2012. "Omega" is the 12th album in the Seven That Spells history, and the last album in the "The Death and Resurrection of Krautrock" trilogy! 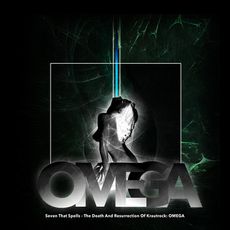