Fourth single to be taken from ‘Every Valley’, the critically acclaimed third album from Public Service Broadcasting.

This limited edition 12” is pressed on 180g black vinyl and includes a download code. Includes remixes from experimental 4-piece Flamingods (Moshi Moshi), Leeds electronica outfit Vessels (Different Recordings), legendary producers Plaid (Warp), rising star Nabihah Iqbal (Ninja Tune) + London production duo Dark Sky. PSB are the brainchild of London-based J. Willgoose, Esq. who, along with his drumming companion, Wrigglesworth, + bass player, keys and horns man, JFAbraham, is on a quest to inform, educate + entertain audiences. Released last summer, ‘Every Valley’ takes us on a journey down the mineshafts of South Wales valleys. Yet the record is a metaphor for a much larger, global and social malaise, using the history of coal mining to shine a light on the disenfranchised. The band are vocal supporters of Record Store Day stating “It's always nice to be part of Record Store Day and to support independent record shops - they've been so important for us so it's the least we can do. Here's hoping for another successful, maybe even record-breaking, day in aid of independent music across the world.” Limited to 500 copies for the UK and Ireland. 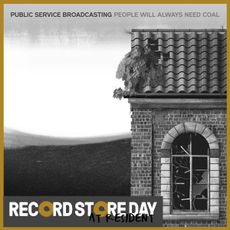