Initially released as a limited tour CDR in 2008, Rocket Recordings are delighted to announce that for Record Store Day 2018, it will be available for the first time on ‘deep space’ blue swirl vinyl. In 2007, GNOD booked WHITE HILLS to play at one of their ‘Attention All Shipping’ nights in Manchester. After the gig they spoke about doing a collaboration together. As their inevitably synchronous desire to create music around the outer limits prevailed, the bands were drawn onto the same trajectory, their first meeting of minds. Over the years the two bands have gone on to build a formidable reputation for releasing many outstanding records, including their second collaboration after Aquarian Downer; the stunning ‘GNOD Drop-out with White Hills II’ released on Rocket Recordings back in 2010. Both bands’ music have consistently pushed at the boundaries of what psychedelic music is. Aquarian Downer is no exception, feasibly this is the point that they both crossed into the Event Horizon of their prismatic paths. An album submerged in minimally restrained serene chilling drones, tailed by the pulses of GNOD’s heads-down astral power, Dave W (White Hills) has masterfully conjured an album who’s boundary passes events that cannot ever be observed. You think you’ve found perception’s doors.... they open to a lie, but these two bands’ output go some way to help guide you through the narrow chinks of refuge. 01 Belonging 02 Hard Butter Reality 03 Resolve 04 Aquarian Downer 05 When You Are OldTracklisting Side One LP 1.Sick Of Living 2.Only Blame Myself 3.Trains 4.Curtains Closed 5.Habit 6.Gimme Some Time Side Two Lp 7.I Don’t Mind 8.Everyone Is Dead 9.Games 10.Birthday Blues 11.Party’s Over 12.The End 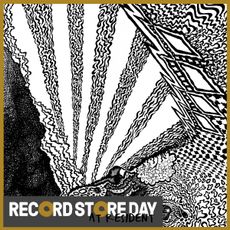