Los Lobos vs The Shins


The Shins, the acclaimed pop project of songwriter James Mercer, have won the hearts of many, building strongly from the early releases on indie luminaries Sub Pop Records to the recent, deeply intimidate album, Heartworms.

They did the unexpected when they re-recorded every song on the album in a completely different style and reversed the running order for The Worm’s Heart, released last month. “The top-line melody remains intact, but everything else - the instrumentation, tempo - is altered.” - The Guardian This split 12” titled Los Lobos vs. The Shins features three distinct versions of their song, The Fear; the original booming, sweeping track from Heartworms; the second kinetic “flipped” version from The Worm’s Heart; and the final rendition, heavy on the heartstrings, from buddy-band Los Lobos, which took vital form while the two groups played out together. In Mercer’s words, Los Lobos “just destroyed our version." Pressed on clear vinyl with pink wisps. Limited copies available for RSD 2018 exclusively. 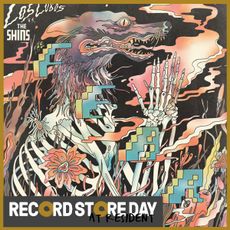