Where The Good Times Are (RSD18)


Following the success of last years 7” RSD release we now follow with the full album.

Beverley Martyn was 18 and an eminent part of the British Folk scene when in 1966 she was the first artist to be signed to producer Denny Cordell’s production company, set up with music publisher David Platz.  Denny assembled London’s elite session musicians – Jimmy Page, John Paul Jones, Nicky Hopkins, John Renbourn, Mike Lease, Alan White – who fuelled Beverley’s songs and also tackled some choice Blues covers (Me and My Gin; Stormy Monday Blues) adding a couple of Donovan songs in the mix too.  Beverley’s cover of Randy Newman’s ‘Happy New Year’ was her and DERAM Record’s debut release but over the months of recording she and Cordell acrimoniously split over musical differences culminating in her refusal to sing on Denny’s arrangement of what became her final recording for him, ‘Sweet Honesty’.   Denny’s repost was to remove the B side of her second single and replace it with a track of his own which caused irreparable damage to their relationship.  Sessions halted and the tapes were discarded.  50 years later Fly Records have unearthed and restored the existing session tapes and created a representation of would/could have been her debut album - mixed in Denny’s favoured MONO.  This special Record Store Day pressing exclusively features 1967-style artwork - including the original DERAM logo - which give this album the feel and love it deserved but never received, until now. 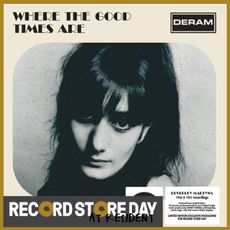