mike scott has trawled the vaults to create the ultimate companion to his seminal 1988 album, comprising the complete 'fisherman’s blues' sessions 23rd january 1986 to 2nd june 1988, across 6 cds.

this album is the waterboys' warmest & most rewarding record, which saw scott scale back the group's sound to incorporate irish & english folk. although the arena-rock influences had been toned down, scott's vision is no less sweeping or romantic, making even the simplest songs on 'fisherman's blues' feel like epics. of the 121 tracks almost 90 are previously unreleased, providing a unique insight into the waterboys' world at the time of recording.

***the deluxe version of this release also includes a 17 track album of songs that influenced the making of the record***. 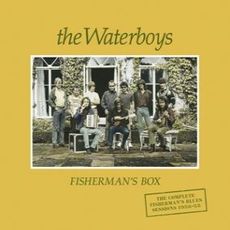