Ralph Salmins, a mainstay on drums for the past four years, appears alongside the talismanic Steve Wickham, who weaves a dizzying fuzz fiddle spell on several tracks. Fresh to the ranks are Memphis keyboard player “Brother” Paul Brown & David Hood, legendary bassist from Muscle Shoals, Alabama. Additional lead guitars are played by 2013 US Waterboy Jay Barclay & Austin soul guitarist Zach Ernst. for fans of the war on drugs (who obviously reference the waterboys in their own music) or the decemberists. "brings plenty of psychedelic soul touches to the Waterboys’ usual gumbo of Celtic folk, gospel, country & rock" - the arts desk 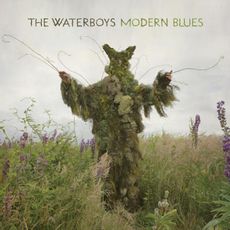