The Waterboys 1990 album ‘Room to Roam’ was the bands fifth album. 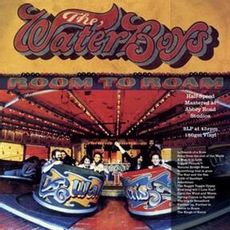