produced by Arcade Fire, Thomas Bangalter and Steve Mackey, with co-production by Markus Dravs, The album was recorded at Boombox Studios in New Orleans, Sonovox Studios in Montreal, and Gang Recording Studio in Paris. “Departures in sound are often unwelcome when we're already so happy with where a beloved band are, but, in this case, their experiments are a complete success” 5/5 – independent. “Ultimately it’s the album’s sense of humanity, not its innate clever-cleverness, that elevates it to something special.” 5/5 – nme, “The music glistens and gleam...An intoxicating ride.” 8/10 – uncut. 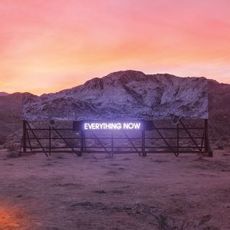