initially released in 2000 shortly after his opus ‘I see a darkness’, ‘more revery’ sees Oldham at his most experimental, and, despite being a collection of covers, his most intimate and confessional.

The track listing is, as expected, inspired and eclectic: John Phillips, PJ Harvey, Bill Withers, The Renderers, John Holt, and Tim McGraw. Bonny Billy's renditions are equally inspired and eclectic, ranging from slow-burning uneasiness to uncharacteristic jubilance. Originally released exclusively on limited edition CD in the pre-MP3 era, ‘More Revery’ was gone before iTunes existed, and has not been available in any format since. "The beauty of the Oldham machine is that, no matter what goes in, the song that comes out winds up sounding not just like one of Will's own songs, but like one of Will's better songs." – 8.0 Pitchfork 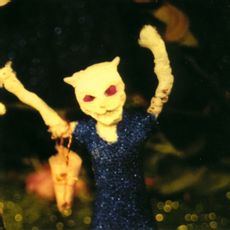