inspired by his collaboration with Wes Anderson for ‘The French Dispatch’, jarvis has created a whole album of classic chansons, reinterpreted in his uniquely enchanting way.

Anderson and Cocker decided to collaborate on an entire album of French material from the same period, songs originally made notable by the likes of Françoise Hardy, Serge Gainsbourg, Jacques Dutronc and others. And with this, the album named after Tip Top is here. 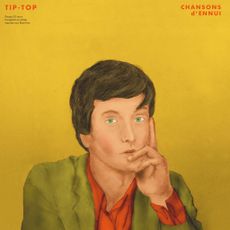