Originally released in 2009 Insides is Jon’s third solo album and will be made available from the 18th December 2020 on the Just Music label, following on from his first two Just Music albums, Opalescent and Contact Note.

It paved the way for both Immunity (his hypnotic breakthrough solo album) and Diamond Mine (his collaboration with King Creosote) which attracted Mercury nominations and for his recently released fifth solo artist album, Singularity. The epic Light Through The Veins from Insides, which bookends Coldplay’s Viva La Vida album, is always a crowd favourite and is played by Jon as one of the closing tracks at almost all of his venue and festival shows. Small Memory, also from Insides has been streamed almost 57 million times on Spotify alone where Jon has 355, 462 followers and nearly 2 million monthly listeners. Cited by The New Yorker as “One of the most celebrated electronic musicians of his generation”, electronic artist, producer and composer Jon Hopkins has forged a reputation for music that marries the dance floor to the devotional, and for live performances that are visceral, generous and charged with a rapt, sensuous beauty. Jon has remixed artists as diverse as Flume, David Lynch, Moderat, Disclosure, Four Tet, Wild Beasts and Purity Ring. Other projects include collaborations with Natasha Khan of Bat For Lashes and Bonobo, as well as productions for London Grammar and Coldplay. His film credits include his Ivor Novello nominated score for the indie sci-fi classic Monsters, The Lovely Bones (scored with Brian Eno and Leo Abrahams), How I Live Now, Uwantme2killhim? and Rob and Vanentyna in Scotland. He also scored the National Theatre Live production of Hamlet and his work has appeared in many films and adverts. ‘Lilting piano and strings give way to industrial glitch with a calculated force, shifting the mood from tranquillity to terror’ 7/10 CLASH ‘Hopkins is a conjurer, an illusionist, symbolically combining imagery and sounds that shouldn’t work together, creating new dimensions of listening’ KRUGER 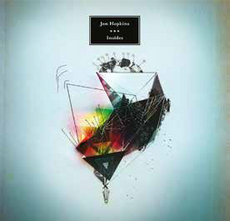