moving away from their traditional raw blues-rock style toward a looser, smoother sound influenced by psychedelic soul, the 8th full length album from Dan Auerbach & Patrick Carney was Recorded once again with Brian "Danger Mouse" Burton.

"[a] hugely beguiling sense of well-placed confidence runs through all of 'Turn Blue'...a band capable of drawing all kinds of music into their own orbit. For all its musical diversity, 'Turn Blue' never sounds incoherent & never stops sounding like the Black Keys. However the songs are embellished, however radio-friendly the choruses or stadium-sized the dynamics, the tight-knit relationship between Auerbach's guitar & Carney's breakbeat-heavy drumming is always at their centre. The result is polished & commercial, without feeling craven or compromised, an impressive stunt to pull off" 4/5 - guardian. 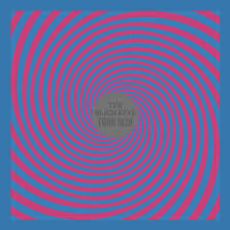