the 26 year-old Canadian "doom soul" singer, under the sobriquet Al Spx, fills out her ethereal spacious sound with heavier instrumentation & the result is a captivating sophomore which will appeal to fans of anna calvi, daughter or bat for lashes.

her voice still recalls greats like sister rosetta tharpe & mahalia jackson & the music continues to lurks in the darkness but there is far more colour & energy here compared to her debut. The indomitable Swans founder Michael Gira appears on ‘Exit Plan’ & Akinmusire joins him on the holocaust of a closer ‘A Season Of Doubt’, as well as permeating most of the record with trumpet lines of an anguished, cracking fragility. "Songs are now flourishing with a bigger sound, filled with horns, more pronounced rhythms & organs, taking the outlines of her previous work & colouring them in" - exclaim, "manages to reveal its treasures over multiple listens without ever sacrificing immediate appeal" 8/10 - lineofbestfit. 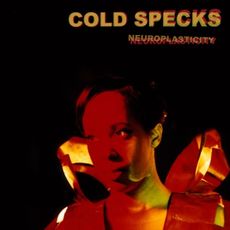