minimalist, psychedelic, seriously groove-laden & ever mindful of the transcendent properties of electronica, the musical phenomenon that is Richie Hawtin has created an glitchy, gloopy engaging work.

recorded live at the Guggenheim, New York’s iconic art museum, This very special performance was at the invitation of influential Belgium fashion designer & artistic director at Dior, Raf Simons, for the Guggenheim’s annual fundraiser. Plastikman’s career has pushed at the frontiers of dance music, rejecting first the endless drive for faster speeds & later, the blatant pop aspirations in favour of more imagination & more musical engagement. Plastikman has evolved into one of contemporary electronic music’s most distinctive voices. 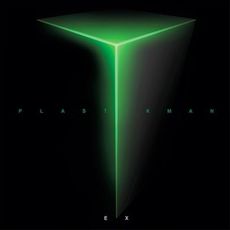