From time to time a DJ, vocalist or producer comes along who transcends a particular scene, bridging the gap between disparate movements and uniting tribal music fans.

Seven Davis Jr's productions have a rawness; a loose-knit, lolloping groove that seduces even the most steadfastly stubborn of hips. Featuring collaborations with his friends Julio Bashmore, fLako and Kutmah, there’s an undeniable funk oozing from every track on this debut which is especially Recommended if you like Moodymann, Theo Parrish, Kutmah, Funkineven or fatboy slim. “A distinct style of ‘intergalactic soul’ that nods to Todd Edwards, Derrick Carter and George Clinton” - FACT. 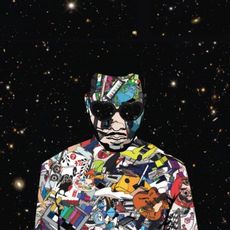