beautifully nostalgic album of standards originally recorded by Frank Sinatra - this is an excellent follow up to 2015's 'shadows in the night' (and recorded during the same sessions).

Featuring twelve classic American tunes written by some of music’s most acclaimed and influential songwriters - and produced by dylan's behind-the-desk alter ego jack frost - the album is both bittersweet and mesmerisingly moving; each stripped-back arrangement wonderfully showcasing Dylan’s unique talents as a vocalist, arranger and bandleader in his current guise of crooner extraordinaire. "Each song is a jewel, lovingly crafted, and redolent with a sense that a lifelong yearning has worn itself down, that things are lazily winding down to a melancholy end." - the arts desk 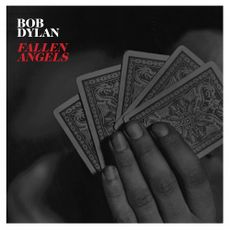