this is a live album by The Fall, originally released in 1980 - the first of the band's many live and part-live albums.

it was mostly recorded at gigs in the north of England, but the track 'New Puritan' was recorded at Mark E. Smith's home. Rather than record themselves in front of a receptive home crowd, The Fall chose to use recordings made in working men's clubs and other less obvious settings. The first half of the album was recorded at a leisure centre near Doncaster, while other tracks are from a February 1980 gig in Bradford. 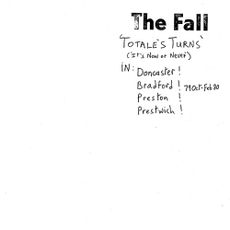