The Rough Guide to Hillbilly Blues


A diverse selection of tracks which highlights how early white country musicians were heavily influenced by the blues.

Includes tracks by early country music pioneers Jimmie Rodgers, Charlie Poole & Dock Boggs. The album has been lovingly remastered using pioneering restoration techniques. When the Country blues was first recorded in the mid-1920s, it was not only played and appreciated by African-Americans but also by white performers & audiences alike. During this time, it was common practice for record companies to separate the music of the American South into two categories: the 'race' series, aimed at a black audience; & the 'hillbilly' series, aimed at white audiences. Often overlooked is the fact that there was a huge amount of musical exchange & interaction between white & black musicians at this time. 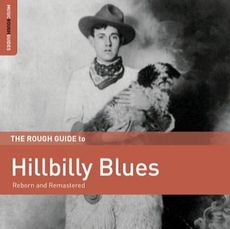