‘OΔ’ is a post-any-genre narrative told through vivid and visual production he made from the contents of his backpack while sleeping on floors and couches in New York City. It details the suburban world he grew up in and fled from in Southern California years before. The cinematic album acts as a deeply relateable rallying cry for similarly disaffected suburban youths the western world over. “A singular talent” - The Guardian 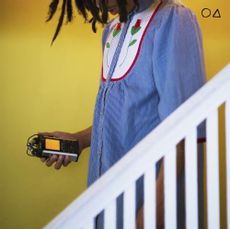