The Rough Guide to Ray Charles


this sets you up with all the hits you need in a pinch: ‘I Got A Woman’, ‘Georgia On My Mind’, ‘Mess Around’; they’re all here.

Ray Charles Robinson was born into acute poverty in rural Georgia in 1930 & had a tragic upbringing. He witnessed his brother drown as a young child, was blind from the age of seven & lost his mother when he was 15. At blind school he learnt to read & write music in braille & began his recording career for the Downbeat label in 1949, singing in a smooth, crooning style modelled on Nat ‘King’ Cole & Charles Brown. it was not until he signed to Atlantic Records in 1952 that he began to develop his own style & moved away from his ‘cool’ sound towards a more urgent & emotional approach with its roots in blues & gospel. 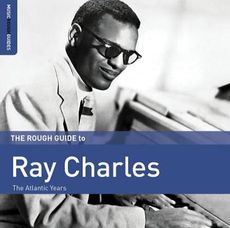