s t a r g a z e have collaborated with artists as diverse of John Cale, Elf Kid, Mark Almond and Anna Calvi, amongst others, to celebrate the astounding and at times contradictory, music of this soulful, inspirational polymath. Poliça have themselves blazed a trail across the modern musical landscape: across their three albums of dark, personally political pop they have distorted the conventions of production and form to create deeply affecting songs that claw into your consciousness. 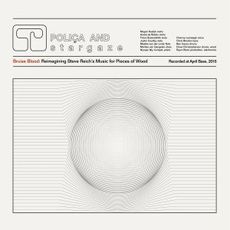