the Radiohead drummer’s soundtrack to the drama mirrors the film’s haunted & intimate nature, grounded in the emotive use powers of a string quartet, plus other, more electronic & out there elements that create an ethereal beauty & unease.

Selway’s words revolve around the core theme of abandonment & the ties that bind. “The four women in the script were the starting point, so I wrote for a string quartet, especially since their sound is so warm. The interplay between the instruments was a nice metaphor for the different generations.” The musical saw also serves a purpose: “It’s an otherworldly sound, & a very jagged instrument, which is appropriate for the film’s drama - & the music mushroomed from there. I feel the soundtrack is in tune with the emotional range & overall aesthetic of the film.” 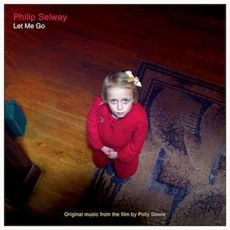