Liars have, as a matter of course, sounded radically different with each album, pursuing new concepts and occupying diverse mindsets.

On this, Liars’ eighth studio album, the bustling backdrops of Los Angeles, Berlin and New York have been replaced with a presence far more intimate and autobiographical as Liars once again boldly step out of their comfort zone into vastly new musical territory. The album’s reinvention of the Liars paradigm - blurring the lines between electronic and acoustic, between the experimental impulse and the addictive pop sensibility - is evidence that Angus’ creative energies remain as healthy as ever, even given the upheaval within the group. ‘TFCF’ was written and recorded by Liars (Angus Andrew). Butchy Fuego, who performed live with Liars following Julian Gross’ departure in 2014, plays drums on three tracks. ***Deluxe double vinyl edition featuring custom made sandpaper sleeve, spray painted ‘Liars’ on one side and ‘TFCF’ on the other.***Includes art print signed by Liars, previously unreleased tracks and a further 20 minutes of music not included on the standard version of ‘TFCF’, lyric booklet, ‘TFCF’ pressed on red vinyl, plus high definition digital download of all the audio.*** 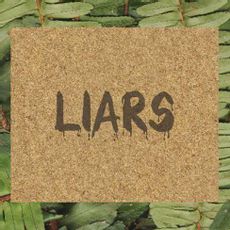