Sun On The Square

Championed by the likes of Sufjan Stevens & Sam Beam (Iron & Wine), who have both covered innocence mission songs, their first album in four years baptises them into the Bella Union family, following Karen’s guest appearance on “Ojalá” by Lost Horizons - the band collective co-created by label skipper Simon Raymonde. “There’s less than a handful of artists on my Bella Union dream list,” he explains. “The Innocence Mission are on there but they’ve remained an elusive mystery, & believe me, I’ve tried! I’ve been a fan as long as I can remember. From the second I heard Karen’s voice, I’ve been smitten”. Fans of ethereal scandi-folk like sumie, ane brun, promise & the monster & aurora should check this out. “exquisite” 4/5 – mojo. 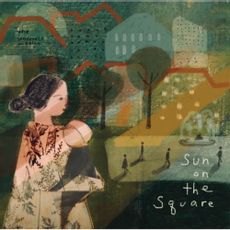