Paradise: The Sound of Ivor Raymonde


a long-overdue celebration of Ivor Raymonde, collecting his work as an arranger, musical director, producer, singer and songwriter, including Classic singles like Dusty Springfield’s ‘I Only Want To Be With You’ and The Walker Brothers’ ‘Make It Easy On Yourself’.

As their arranger, and in the case of ‘I Only Want To Be With You’ songwriter too, he shaped the final recordings, deciding on the orchestration and backing vocals, choosing the instruments and determining what was heard on the radio: ergo, what record buyers bought. The 26 selections balance the well-known with collectable rarities and tracks drawn from - until now - barely heard-of singles. Each is a gem and each shows the magic of an Ivor Raymonde recording. 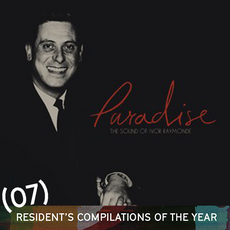