their second album returns to our stereos newly remastered and sounding more incendiary than ever.

Impressively, the album was originally released just eight months after the band’s debut and was the first album they recorded with their now long-time collaborator, John Goodmanson (Blonde Redhead, Sleater-Kinney, Bikini Kill, Wedding Present). The album’s title track has become something of an anthem in the band’s live set – providing a cathartic release as crowds singalong to some of the band’s best lyrics. 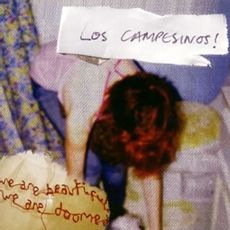