Love Hates What You Become


Born from the embers of WU LYF, Lost Under Heaven saw Ellery Roberts’ distinctive, laced-with-gravel vocals matched with the haunting Ebony Hoorn on a series of simmering, portentous tracks that only added to the intrigue around the enigmatic duo – this follow-up performs the same magic trick, basking in an atmosphere of mystery and romance that clings to you long after listening.

Produced by John Congleton (St Vincent, Swans, Explosions in the Sky and Sigur Rós), the band expanded in size to take in Swans drummer Thor Harris for the recording process. A striking difference from their debut record is the prominence of Ebony’s vocals, notably on the album’s formidable ‘Bunny’s Blues’. Upon their return to Manchester, the duo have set out to recreate their distinctive sound into a live show that befits their mysterious and innovative approach to music generally. "This is music for the here and now.” 4* - DIY 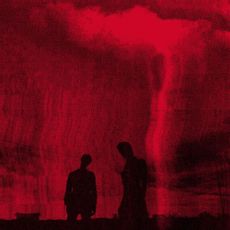