a fourteen song riot of urgent, tightly crafted rock songs with endless undeniable melodies and choruses that will be stuck in your head all day long.

this is the long-awaited debut album from Indoor Pets, following a string of much-loved singles for Alcopop!, East City Rockers and Wichita. The album was Produced by the band’s lead guitarist and Kris Harris and mixed by Claudius Mittendorfer (Ash, Yak, Parquet Courts etc). think Weezer’s debut, think FIDLAR’s debut – and add Kent’s Indoor Pets to that list of classic first albums. also for fans of spring king and vant. 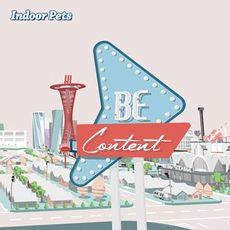