To Each His Own


The midlake frontman’s glorious solo debut is a colourful love-letter to the warm, glowing hues of 70s rock, folk and country woven with sumptuous ripples of guitar, gliding keyboards and becalmed rhythms.

Since his break from midlake in 2014, eric brandon Pulido became a founding member of the transatlantic super-group: bnqt. After that, it was time to strike out on his own completely and the result is a deeply personal album built out of effortlessly melodic, gorgeous songs invested with honesty, empathy and love. Fans of father john misty, wilco and granddaddy will love this. “a loving homage to 1970s soft-rock” uncut. 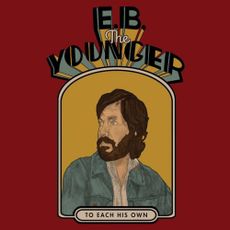