The perennial techno innovators emerge from hibernation to capture berlin in all its joyous ambivalence and sonic diversity.

You wouldn’t have expected these two to make a hip-hop track featuring London Grime artist Flohio, but we are at the point where their sound can absorb anything thats thrown at it. "WMF Love Song" pays tribute to the long-gone formative Berlin club, with relentless uk club vibes. Estonian rapper Tommy Cash parties on the crunchy and playful "Who", and Otto von Schirach lends his screams to the dark industrial techno of "I Am Your God". “Modeselektor have been making music under this moniker since 1996, if you can believe that, and more than two decades later, they’re still pushing the envelope of their sound, this time right into the alternative pop-lane which is the last place we saw them going.” – nest hq 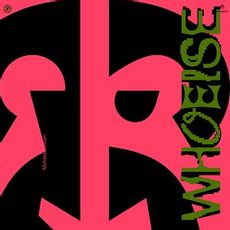