oozing sun kissed psychedelia from every pore, this album is the perfect soundtrack to the summer, dealing in fuzzy riffs and middle eastern nostalgia.

Inspired largely by the disco, funk and psychedelic sounds coming out of the Middle East and South Asia in the 70s, the International psych explorers Flamingods channel these influences through a vision soaked in mysticism, positivity and sun-drenched imagery. During the process of writing and recording ‘Levitation’, Flamingods for the first time in four years found themselves living in the same continent, it’s this new unified feel that defines the confident and eclectic sound of the album. Fans of king gizzard & the lizard wizard, warmduscher and tame impala will love this. 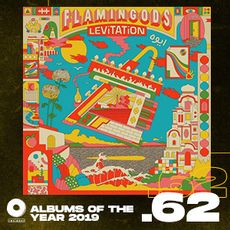