Following the release of their smash 1st album, ‘Cartwheels’ in 2016, the duo are on scorching form as sharp-eyed country-pop songwriters of the current moment.

Observational and opinionated, ‘Restless Minds’ documents their coming of age in an era of anxiety and the impact of social media on a generation for which ‘the truth’ has become a tenuous term. There are songs on the album which touch on gender equality, others explore mental health issues and a couple relate to their own relationship as twins growing up and growing apart. riyl the shires, cam, and ashley monroe. “This is a coming of age LP that pushes the boundaries of the Country genre thanks to its many crossover styles” – celebmix 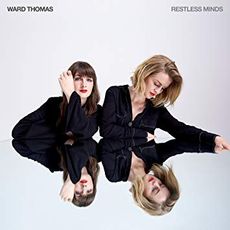