this collaborative album creates a deeply spiritual soundtrack out of environmental elements and traditional folk instruments.

The album takes as its starting point Antonin Artaud’s book ‘The Peyote Dance’; a work inspired by his revelatory experiences with the Rarámuri in 1936. The album’s sonic method originates in the idea of following Artaud’s trace and returning to the village and cave where he lived. Gathering stones, sand, leaves, and many instruments such as violins and drums that the Rarámuri made themselves, the artists were able to awaken the landscape’s sleeping memories and uncover the space’s sonic grammar. “they have created an enfolding, transcendent work of aural theatre tracking artaud’s journey. He would probably have approved” 4/5 – mojo. 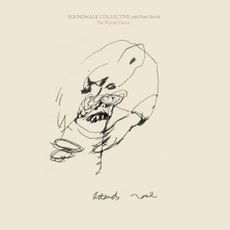