Their seventh record is a pure slab of indie rock through and through, dealing out uplifting melodies and effortless songcraft like they’re going out of style.

‘Duck’ is the sound of one of the most successful British guitar bands of the millennium reclaiming the creative swagger that underpins their strongest work. “It’s undeniably fantastic and undeniably Kaiser Chiefs,” says frontman Ricky Wilson. It’s a record that harks back to the everyday explorations of their breakthrough early albums. “We wanted to do something that had a Kaiser Chiefs DNA but still try and do something different” says bassist Simon Rix. Fifteen years into their career, the band is hitting new artistic peaks. 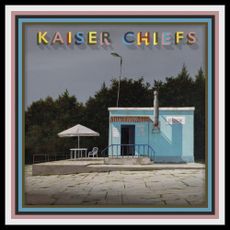