Grammy nominated rock band Sum 41 are back and bigger than ever with their seventh studio album, ‘Order In Decline’.

Written, produced, mixed and engineered by frontman Deryck Whibley, ‘Order In Decline’ is a burst of uninhibited feeling, a page out of his journal, a window into his soul that reflects on extremely personal and vulnerable events. The album is undoubtedly Sum 41’s heaviest and most aggressive album in their storied career, while also being their most dynamic and raw. 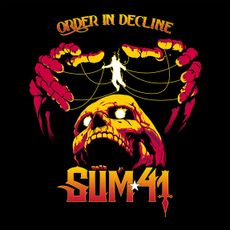