Following on from a quartet of critically acclaimed solo LPs, ‘Scott’, ‘Scott 2’, Scott 3’ and ‘Scott 4’, and the compilation LP, ‘Scott Walker Sings Songs from His TV Series’, ‘ Til The Band Comes In’ was his sixth studio album.

Originally released in 1970, the LP is a loose concept album about the inhabitants of a tenement building. Produced by Johnny Franz, it features the singles “Jean The Machine” and ‘Til The Band Comes In”. “Long About Now’ features the Israeli born singer Esther Ofarim of “Cinderella Rockefella” fame. 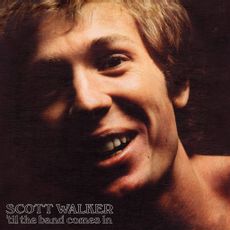