an intensely powerful record that digs up fistfuls of earthy roots rock in tribute to and reflection of one of the worst coal mine disasters in american history.

'Ghosts of West Virginia' centres on the Upper Big Branch coal mine explosion that killed twenty-nine men in that state in 2010. In ten deftly drawn, roughly eloquent, powerfully conveyed sonic portraits, Earle and his long-time band the Dukes explore the historical role of coal in rural communities. “I wanted to speak to people that didn’t necessarily vote the way that I did,” he says, “but that doesn’t mean we don’t have anything in common. We need to learn how to communicate with each other. My involvement in this project is my little contribution to that effort. And the way to do that – and to do it impeccably – is simply to honor those guys who died at Upper Big Branch.” 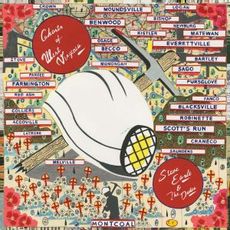