First time ever on vinyl, especially for Record Store Day 2020.

Let’s talk about denial. Let’s talk about self-awareness. Let’s talk about romantic idealism. And let’s talk about pop music. Let’s talk about Terry Hall and his strange relationship with all of these things: about his ability to create life-affirming pop music and about the fact that his exceptional gift was recognised by a long line of his peers before, finally, Terry Hall could no longer ignore it either. Let’s talk about the album where the penny finally dropped. A record which believes in the dream of perfect love despite overwhelming evidence to the contrary. Let’s talk about ‘Home’, the first solo album by Terry Hall. Twenty-six years have elapsed since the original release of ‘Home’, but this Record Store Day sees its long overdue debut on vinyl. ‘Home’ features contributions from Craig Gannon (The Smiths, Aztec Camera, The Bluebells), Les Pattinson (Echo & The Bunnymen) and Chris Sharrock (The Icicle Works, The La’s), Ian Broudie (The Lightning Seeds) and XTC’s Andy Partridge. 2000 for uk and ireland 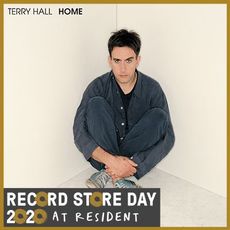