2 sides of the same coin from the past & present result in a celebration of the great songwriting genius of newbury.

‘an american trilogy’ was covered in many end of year reissue lists at the end of 2011. this limited reissue is the title track of the most refined & under-appreciated album in newbury’s trilogy––with a stately reworking of the song by bill callahan that invokes the elegiac spirit of the original while cast in his own unique voice & style that brings an entirely fresh perspective. 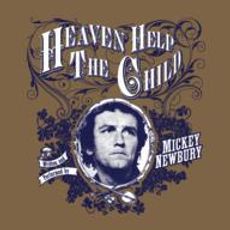