a completely irresistible slice of pop - the beta band's awesome steve mason & the fantastically magical Emilíana torrini are backed by the psych-kraut-rockers toy & produced by dan carey on this perfectly formed little number.

Dan Carey has set up a brand new 7" label, Speedy Wunderground, which sees him cutting a record in just one day - & this is the first release. The producer, whose pretty all-encompassing credits list includes work with Toy, Bat For Lashes, Kylie Minogue, Franz Ferdinand, Tame Impala among others, is launching the label as a means of cutting a record when the music is at that initial, mercurial stage of coming straight out of the artists’ brains & cutting out the lengthy process of a record company churning over the release. Speed, as the name implies, is of the essence here. The plan is for Carey & his engineer Alexis Smith to record the track in their Streatham, London studio on one day, mix and master it over the following days & then send it off to the printing plant to have a brand new 7” hot off the press within a week or two of the band laying down the track. 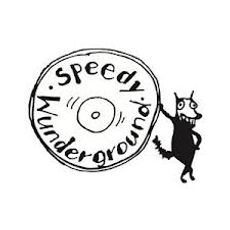